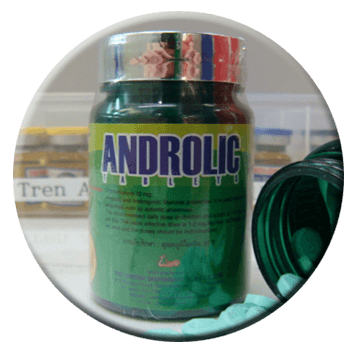 Anapolon is the “commercial” name for the oxymetholone steroid. Anapolon in turn is also one of several trade names, including “anadrol” and “anadrol 50″.

The formula for this substance was initially released to the pharmaceutical industry in 1959, and the company Syntex was the first to produce it on a mass scale for human consumption under the name of Anadrol 50.

This product actually belongs to the dihydrotestosterone (DHT) steroid derivative group, much like anavar and winstrol. There is such an enormous difference between these compounds though, that it’s almost impossible to understand how they are part of the same “bloodline.” 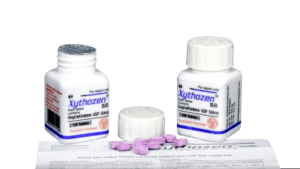 Stranger still is the fact that the only notable change to the DHT molecule made to turn the base DHT “blueprint” into anadrol is that of an additional 2-hydroxymethylene group to its structure (as can be observed here.)

This small change alone is responsible for turning what would ordinarily be a fairly mild substance into potentially the most powerful mass gainer in existence.

Of course, nothing in “science” is accidental; if we look for an explanation as to why this may be; then by observing the nature of hydroxymethyl groups in general, we can see that they are summarised as being a “proteinogenic amino acid side chain” group.

With this in mind, they are clearly involved in the synthesis of protein (you can observe this merely by breaking one word from the description down; “proteinogenic” quite literally means to generate protein or to assist in the “genesis” of protein.) The hydroxymethyl group in general is also deemed to be a “functional group” In science, a “functional group” is deemed as being quite literally responsible for the “characteristic” chemical reactions of a molecule. Basically, they are responsible for making a molecule behave in the way it does.

So what does this mean in regards to the functionality of anadrol?

Simply put – an additional 2-hydroxymethyl group type would stand to make the base characteristics of the molecule it is attached to “doubly” characteristic. In this instance, we take an anabolic compound, combine it with a functional group that also happens to be protein “friendly”, and we find ourselves with a very healthy (powerful) relationship in terms of protein synthesis. This could easily explain the potent strength of this product in an anabolic capacity when compared to the anavar / primobolan variants that lack its inclusion. Interestingly, DHT derivatives are not supposed to be able to convert into estrogen, or that is to say, they don’t. However, this particular substance can lead to estrogenic side effects.

It’s rational for an individual to wonder how this could happen, but again, there is likely a (slightly complicated, but relevant nonetheless) scientific explanation as to why. It would appear that Anadrol serves as a progestin. This means that it enhances the release of progesterone within the body. By looking at the manner in which progesterone interacts with estrogen, suddenly we can see that progesterone can make estrogen receptors more sensitive, thus enhancing their binding affinity with the estrogen hormone.

So whilst it doesn’t directly stimulate estrogen release, it passively stimulates estrogen utilisation, making it more potent. As a result, the typical estrogenic effects one would associate with any other estrogenic compound are present here.

In regards to further alteration, there is another positively charged element that ranks high amongst the list of anapolon benefits; it is a 17aa (17 alpha alkylation) compound, meaning that it can survive first pass liver metabolic degradation (thus preserving most of its structural “integrity”, and therefore effectiveness.)

Similarly to other products within this niche (anavar, winstrol etc.) this does mean that there is a risk of liver hepatotoxicity arising…in fact, the risk is rather high with this particular product. Keep in mind that substances within this category were never really “designed” to pass through the liver (they are man made external compounds after all), so forcing them to do so is bound to come with a reasonable risk of adverse issues.

It’s on the subject of the side effects of anadrol that we must observe another, shocking but explainable aspect in this regard; it packs serious androgenic side effects. It’s androgenic rating is actually roughly 45 compared to testosterones 100. With this in mind, you would reasonably assume that you’d encounter more androgenic issues when using the latter compound.

How is it then, that androgenic side effects are not only possible, but highly likely and to a stronger degree than testosterone? This is where things get further complicated, and science has to step in to make sense of it all (though the answer is still far from simple.) When anadrol gets metabolised (digested), the 2-hydroxymethyl group that makes the compound so strong actually gets removed. 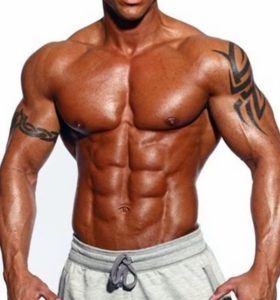 You may be thinking that this would immediately nullify the potency of the substance, but it would seem that whilst it loses this group in a structural sense, the full potency of the additional “boost” given by the inclusion of the methyl group actually survives “digestion.” What we’re then left with is anadrol in its fully “matured” molecular form. With the methyl group removed, the substance then transforms into methyl dihydrotestosterone (aka mestanolone.)

This altered molecular form carries an androgenic rating that is three times that of testosterone. As such, androgenic side effects are astutely possible (and in fact, very likely.) This is why a female can take DHT derivatives like anavar, but cannot take anadrol. The androgenic activity is simply too high. Again then, we have an instance whereas this product indirectly causes an effect within the system to produce unlikely results.

Whilst this could be viewed as negative in regards to the androgenic and estrogenic properties, it does mean that we get a very unique kind of “beast” in an anabolic sense; one that’s capable of delivering devastating results. It’s on the previous subject of DHT and androgenicity that we must now also ponder, if we are to further understand how this product achieves its potent effects.

It is not actually fully understood (or scientifically proven) how DHT manages to enhance muscle growth, but what is known is that, provided testosterone is present within the system at healthy levels, muscle gain is one of the end results. This lack of clarity is due to the fact that DHT in its own right isn’t actually a powerful anabolic agent – though it does serve to boost androgenic (or ‘masculine’) activity throughout every part of the body, barring skeletal muscle.

This lack of activity within the muscles themselves (for a long time at least) lead many to believe that DHT was in some way “useless” as a muscle building agent, but as previously stated, a harmonious relationship between DHT and testosterone has been proven necessary for anabolic activity, even though the mechanisms behind this necessity haven’t been fully discerned.

It would stand to reason that, due to DHT serving to optimise the functionality of the CNS (and because the CNS is crucial for the assimilation and release of every hormone within our system) this in its own right means that testosterone utilisation is then “peaked”, and subsequently muscle gain is thus maximised. In this particular instance (regarding anadrol) there is another methyl group attached to the anadrol molecule in conjunction with the 2-oxymethyl group we previously mentioned – this actually means that anadrol can enter the muscles, even though it is DHT derived. 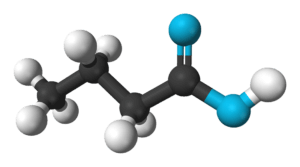 Typically, testosterone would meet with the 5-alpha reductase enzyme, where it would then convert into DHT and get sent to every other part of the body aside the muscles (how the 5 alpha enzyme converts testosterone to DHT is by removing the C-45 double testosterone bond and replacing it with two hydrogen atoms.)

The 3-alpha reductase enzyme would ordinarily break down any DHT that did happen to enter the muscles, as the muscles are considered to be testosterone “only” territories.